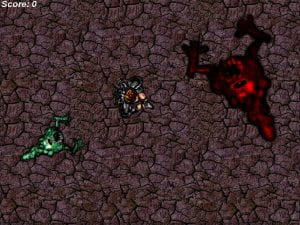 this is what ghost do after they kill you

in this game, the goal is to survive as long as you can while shooting ghosts. one ghost is not like the others, though